Immediate contact to the lawyer for labor law, IT law, data protection and intellectual property law.

Our checklist for defendants in preliminary proceedings in the Corona immediate assistance subsidy fraud gem. §264 StGB.

Many small entrepreneurs, freelancers and solo self-employed people in NRW have been able to look forward to an additional 9,000 euros thanks to the support provided by Corona Soforthilfe. But now the public prosecutor's office in numerous cases against those who have wrongfully claimed these benefits. They are now threatened with investigation proceedings by the Prosecutor's Office and in the worst case, should the subsidy fraud be proven, even prison sentences of up to 5 years.

So that you know what to do if the worst comes to the worst, we have provided you with a checklist for defendants in pre-trial proceedings in the Corona immediate help Subsidy fraud listed exactly how you have to behave if you are accused of subsidy fraud according to §264 StGB is accused of. Do not take this lightly. It is in the case of the accusation of the Subsidy fraud not a trivial offense. Because in this case it is criminal law!

Moreover, although it is possible to represent yourself in this case, this is not advisable. Do you really want to face the prosecution as a legal layman without a defense attorney? In most criminal trials, this unfortunately leads to a conviction.

If you are charged with more than one offense (crimes that carry a minimum sentence of at least one year of imprisonment are considered by law to be Crime and require representation by an attorney in court), you from a Lawyer must be represented. This is because, according to the legislator, pursuant to. §140 the Code of Criminal Procedure, may be tried only if the defendant has a Defender has. In the worst case, a violation of the attorney-client privilege can even be the deciding factor in losing the case. Do not take this risk, there is too much at stake for you.

Mandate us as your Defender. If an acquittal is effected in such a case, the costs for this are even borne by the state treasury. However, only in the case of an acquittal!

Of course we are available nationwide for the defense against the accusation of the Corona Instant Aid Subsidy Fraud to the side.

1. remain calm. If it is a police hearing, note the date and make a note of the file number.

Notice: Do not fall into actionism that is detrimental to you. Do not call the investigating authority and justify yourself. All statements you make in the investigation will be used against you. The file number for this is very important, otherwise we will not be able to inspect the files if we are mandated to do so.

2. under no circumstances contact the police or other authorities independently. Do not comment on the facts of the case.

Notice: If necessary, use a different account for incoming and outgoing payments, as the current account could be blocked. It may also be advisable to temporarily change your mobile phone number and e-mail address.

3. sort and collect documents. (notice of approval, notice of receipt, e-mail and correspondence with the district government).

Notice: Make sure you bundle all documents relevant to your case so you can provide them to your defense attorney in a timely manner. Are you legal protection insurance? If yes, ask your Legal expenses insurance already make a coverage request in advance or obtain a coverage confirmation for your case from them. Of course, we can also do this for you, but only chargeable.

Notice: Only the lawyer as your defense counsel can inspect the file. You yourself will not be given access to the file. Inspection of the file is absolutely necessary in such a precarious case in order to develop an effective defense strategy for you.

We are here for you nationwide in the event of a police hearing: 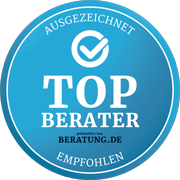